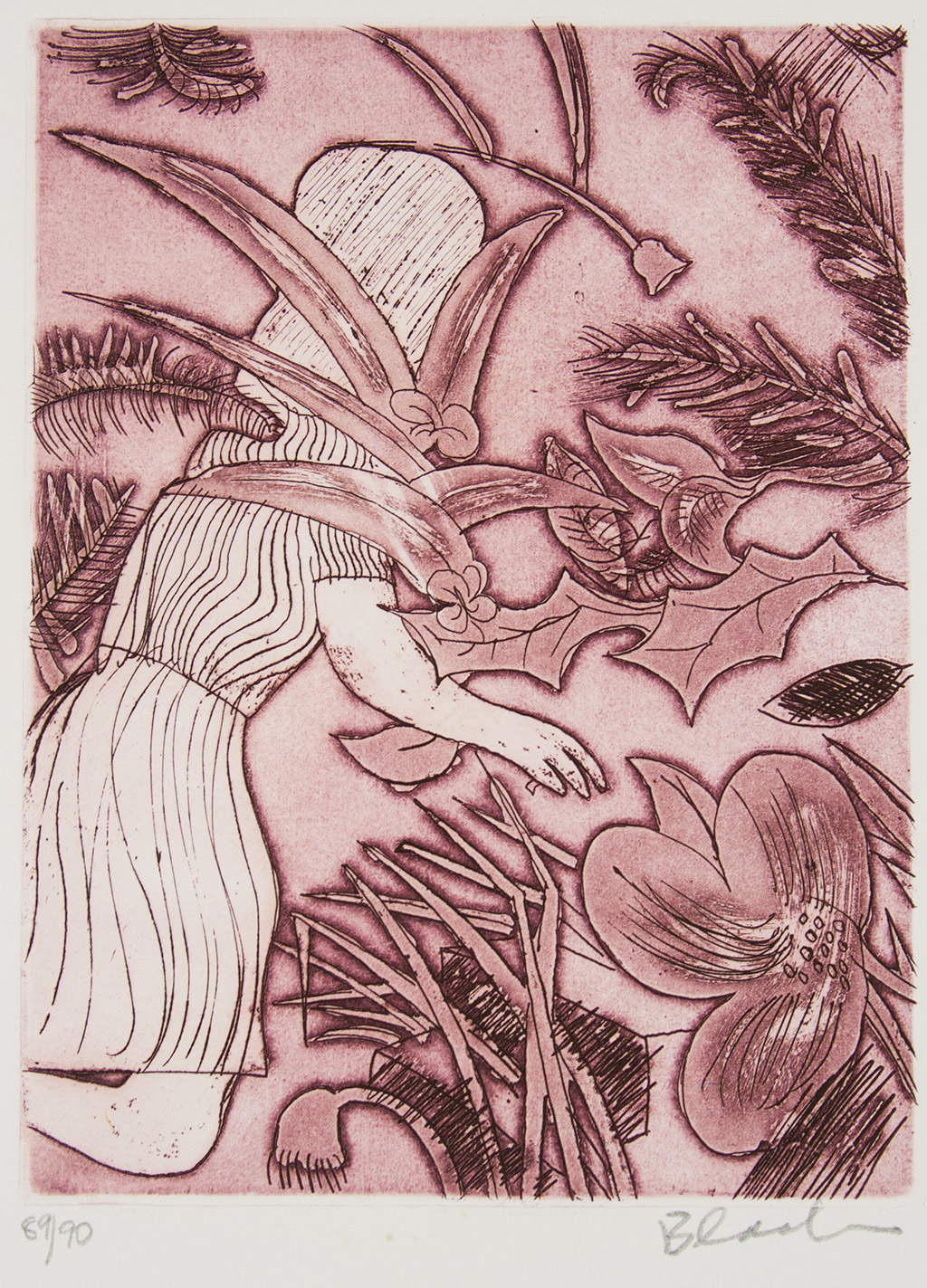 Since 1956 Charles Blackman and Lewis Carroll’s Alice in Wonderland have shared a kindred bond.  This year marks Alice’s 150th birthday.  In celebration, the collection Charles Blackman's Wonderland casts an eye back at the unlikely pairing of Alice and Blackman.  Child heroine and larrikin meet in works which see Alice become not just a literary figure, but also an icon of Australian art.

Blackman first encountered Alice in Wonderland on audiotape.  At the time his wife Barbara was losing her sight.  The couple would spend evenings listening to books.  In these hours Alice took form in Blackman’s mind.  He responded to her full-hearted wonder and wild curiosity.  Yet Blackman also recognised a tension within the story.  Here Alice was - all alone and navigating a topsy turvy world of shrinking potions, yabbering doddos and homicidal playing cards.  Blackman paralleled Alice’s tumble into wonderland with Barbara’s failing eyesight, forging a style which merges the myth with the personal.

﻿Charles Blackman's Wonderland showcases a plethora of Alices.  Some, like in Alice in the Garden amble through wellsprings of colour.  Others, sketched in recent years stand alone and away from us.  For Blackman, Alice in Wonderland was never just a children’s story.   Instead Alice courses through his works - amusing, disquieting and fantastical, an emblem of Blackman’s enduring character.
Previous post Next post